“I texted her, ‘your kid is really gonna get bullied when his classmates can put two and two together’.”

Naming a baby can be a really difficult decision. But what about when you finally settle on a name and someone points out its rather uncanny resemblance to a word you don’t want to be associated with your newborn baby?

You’re set on a name and you’ve already got the baby onesie with their name custom printed on the front when someone points it out. Do you go back to the drawing board?

One woman has taken to reddit to talk about her cousin, who chose a rather sketchy sounding name, but went on the defensive as soon as it was pointed out to her.

“Can’t wait for our little Mo to come!”

The woman provided a little background on the situation – she’s 21 years old and her married cousin (“Cass”) is currently pregnant with her first child, a boy. She said her cousin has always been “holier-than-thou” in their family “just because she is the oldest, rather successful and first to settle down.”

Cass and her husband have chosen a first and middle name which is rather “normal”, but they plan to refer to their son by his initials, which will be M.O.

The father-to-be is an avid runner and admires Mo Farah, so they’re super excited to be able to unofficially name their son after him. They plan to have everyone else (like his friends at school) refer to him as his actual name, but Mo will be a family nickname (I’m not sure how they plan to control that, but that’s the plan).

“Can’t wait for our little Mo to come!” the dad said, which would be rather sweet if his surname wasn’t Leicester.

Yep… that would make the kid Mo Leicester. Say it a few times fast and you’ll catch the issue.

So the well-meaning cousin said she sent a text asking, ‘Are you sure about the baby name? Just say Mo Leicester out loud.” But they stood staunch, settled on the name Mo Leicester.

The original poster said she decided to drop the subject, until a photo of a baby onesie with “Mo Leicester” popped up in her newsfeed.

“I then texted her, ‘your kid is really gonna get bullied when his classmates can put two and two together’.” she wrote in her post.

The mum-to-be then went crying to the rest of her family who “bombarded” her with calls saying she “mean for not being kind to a pregnant lady.” They also pointed out a baby’s name is up to the parents and nobody else, and that they are using family names, so they should all be proud.

And then they got personal.

On the lookout for a good baby name? Here are Australia’s most popular baby names for 2020, these are the best baby names for your kid conceived in iso, and this baby was named Sanitiser as a tribute to the coronavirus pandemic. 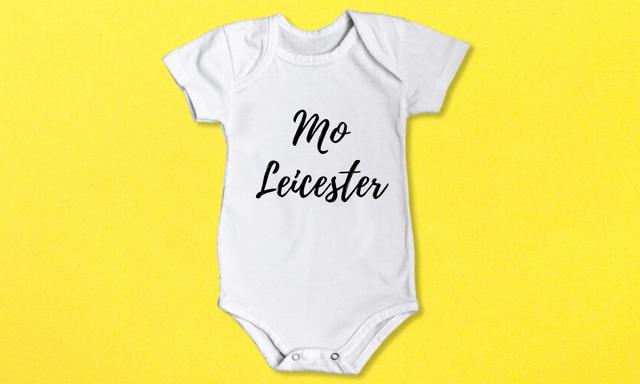 “My aunt even had the nerve to tell me that I was jealous as I was single and Cass had her husband at my age,” she said, adding, “I really don’t care about being single by the way.”

Others in the family have tried to raise this with them too, but to no avail.

How would you handle this? Could you stand by and watch an innocent child be branded for life with a horrible name? Is there some sort of ratio that determines whether you’re close enough or the name is bad enough to warrant saying something? The good people of reddit had some great suggestions.

“OOF that is unfortunate”

One person commented, “OOF that is unfortunate,” adding they were ready to point out it’s never a good idea to criticise a new parent’s baby name choice, but… “that nickname last name combo is gonna be terrible.”

“Oh lord poor kid,” wrote another. “If they wanna call their kid ‘Mo’ when their surname is Leicester they shouldn’t be surprised if the kid gets bullied.”

Another said they had to give up a middle name they loved, but it’s a sacrifice parents have to make: “I had to give up a nice middle name out of fear for my daughter getting an ASS initials. You have to do that out of kindness as you can be judged for your name and everyone deserves an equal start in life.”

And we think this potential bad name really demonstrates why you sometimes need to wave goodbye to your chosen moniker: “My ex has a very unfortunate last name. His last name is De Cock, literally pronounced (da-cock). My favorite baby name for a boy has always been Holden. But, with that last name, I had to make the choice to protect my kiddo from needless bullying by changing the name… I didn’t want to hand people an easy reason to make fun of my child, likely for their entire life, so I just changed it and picked something else.”