When Paige started receiving text messages from her son Jack, she opened her phone expecting to see photos of campfires and pristine wilderness.

After all, the 15-year-old was in the middle of a father-son camping trip with his dad Ari in California’s Tahoe National Forest.

But instead of camping snaps, the American mum was instead greeted with the horrifying news that Ari had just been shot.

Then Jack began to explain the horror he had just somehow lived through, saying that his dad was shot while asking for directions from a complete stranger after they had become lost.

“The shooter pulls out a pistol and starts shooting… and then, after two or three shots, he was hit,” Jack vividly recalled.

Ari and Jack, pictured far left, were on a father-son camping trip. Source:GoFundMe

“We all just screamed and hugged”

Incredibly, Jack managed to escape and run into the forest to hide.

Eventually, he was able to call his mum – but told her that he had barely any phone battery or reception, and had absolutely no idea where he was.

Paige immediately contacted the police who set out into the scrub to search for Jack.

But by this by this point, Jack’s phone had died, therefore the search crew weren’t able to determine his location.

As hours turned into a day…Paige was feeling utterly terrified for her boy.

But clearly Jack was a fighter because he was eventually found more than 30 hours later – thanks to a K-9 dog tracking unit – and reunited with his shell-shocked family.

“We all just screamed and hugged and cried. It was that relief, and we knew that he was OK, but then it was the reality that Ari was not,” Paige said. 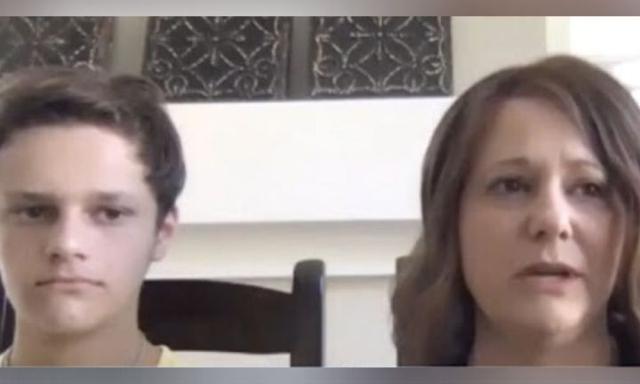 “This family really needs our love and support”

The Sierra County Sheriff’s office said Conway is suspected of shooting Ari and also wounding two other people in a separate incident.

Although Paige and Jack are relieved that the suspected gunman was found – they know it won’t do anything to bring Ari back to them.

A family friend who set up a GoFundMe page recled that Ari died doing what he loved.

“Ari was an avid bicyclist, a vegetarian, an outdoorsman, an internal medicine doctor, a devoted and loving father and fantastic friend that was willing to drop anything for his friends and family,” the page read.

“He was witty and wise. He died doing what he loved with his son in an area he had hoped to retire in one day.”

And to add to their unbearable pain, Paige is also battling cancer while trying to grieve the loss of her dear husband.

“Ari’s wife Paige is in the fight of her life right now undergoing chemo treatments for cancer while now a single mum. This family really needs our love and support.”