Dear Australia, What Did Coriander Ever Do To You?

On Wednesday, Arnott’s announced that they were considering releasing a brand new flavour of their popular savoury biscuit, Shapes.

And that flavour will be … coriander.

The response from customers was so brutal, so violently negative that you’d think they’d suggested Coronavirus flavour.

Over at the Facebook page of our sister site,Best Recipes, the comments section was littered with vomit emojis (which are faces chundering out fluorescent green gunk, appropriately).

“Could not think of anything more revolting!” cried one distressed reader.

At least 1K people had something to say about the mere suggestion of coriander shapes. Source: Best Recipes/Facebook

Then there were people threatening to give to friends as a present.

“I’m going to buy you a packet for your birthday!” growled one Facebook commentator, tagging a pal. The pal responded with a screaming GIF.

Australia! Guys! What did this pretty, fragrant lacy little leaf ever do to you? Show me on the doll where the nice plant hurt you.

Because coriander is excellent.

Chopped and sprinkled on a curry, taco or salad, the leaves and stems are vibrant and zingy.

The roots, diced finely, give powerful depth to a homemade curry paste.

And the ground-up seeds are a crucial component of hundreds of global cuisines from Asia to Central America to the Middle East. There’s even archeological evidence that the ancient Greeks and Egyptians gorged happily on coriander.

Everyone, it seems, loves coriander, except the Australian grocery-buying public. Not since The Triffids has a plant engendered such rage and horror.

And our reluctance to appreciate its many delicate virtues may mean that the Coriander Shape never materialises.

Arnott’s told Delicious that they will only put the flavour into production if their Instagram post teasing the product reaches one million likes.

Only Arnott’s knows how many it’s got so far but my trained eye says it’s not even close to cracking five figures at this stage.

It’s in the genes…

In fairness, it’s not that the coriander-haters necessarily have an unsophisticated palates. The herb contains an unusual compound that can only be tasted by people with a certain gene.

While the rest of us taste coriander as a lovely springy combination of parsley and citrus, people who have the Coriander Hating Gene think it tastes like soap.

Or so the scientists tell us.

However, I have a close friend who overcame his hatred of coriander and now happily eats it which makes me think a lot of you cruel coriander critics are unfairly maligning this sweet little botanical, and kidding yourself that you were just born that way. 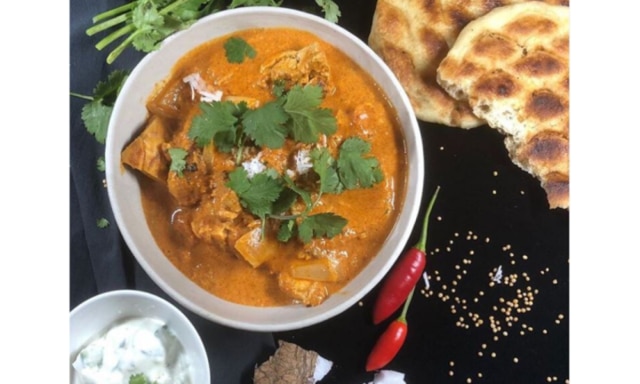 “Chopped and sprinkled on a curry, taco or salad – the leaves and stems are vibrant and zingy.” Source: Pig & Pilgrim Instagram

Other flavours that caused outrage

Arnott’s has a history of messing around with Australia’s National Savoury Biscuit (our National Sweet Biscuit being, of course, the Tim Tam).

In 2016, they ditched the original recipes for Pizza, Savoury and Barbecue Shapes and created a new Frankenstein version that brought howls of protest from unhappy customers.

This outraged petition attracted almost 30,000 signatures, and was instrumental in forcing Arnott’s to revert to its original formula.

In 2019, they also introduced a Vegemite flavor, which is just silly. Everyone knows the only biscuits appropriate for Vegemite are Vita-Weats – so you can make Vegemite-butter worms.

But with Coriander flavour they may just have hit on something.

A Shapes flavour that’s tasty enough for kids, but elegant enough for a dinner party, especially if served with a retro slug of sweet chilli and cream cheese, and, I for one, welcome our herby green overlords.

But Arnott’s. A warning. If you ever put out an aniseed flavour I’ll cut you.