It’s been more than 13 years since the three-year-old vanished while sleeping in her family’s holiday apartment in Portugal.

More than 13 years after Madeleine McCann disappeared while on holiday in Portugal with her family, British police have finally identified a suspect in the case.

The then-three-year-old was sleeping in her family’s holiday apartment in Praia da Luz when she disappeared on May 3, 2007.

No trace of the little girl has ever been found – and no one has been charged over her disappearance.

Now, British police have announced that a German man, who is currently in jail for unrelated crime, is a new suspect in the case, news.com.au reported.

The police haven’t named the man but have said that he is a white, 43-year-old male who lived in the Algarve region in the south of Portugal between 1996 and 2007.

“He is connected to the area of Praia da Luz and surrounding regions, and spent some short spells in Germany,” the police said in a statement.

“It’s more than 13 years since Madeleine went missing and none of us can imagine what it must be like for her family, not knowing what happened or where she is.”

Police have also released information about two cars that were linked to the suspect around the time of Maddie’s disappearance.

“The first vehicle is a distinctive VW T3 Westfalia campervan. It is an early 1980s model, with two tone markings, a white upper body and a yellow skirting. It had a Portuguese registration plate,” police said.

“The suspect had access to this van from at least April 2007 until sometime after May 2007. It was used in and around the area of Praia da Luz.

“The second vehicle is a 1993 British Jaguar, model XJR 6, with a German number plate and registered in Germany.

“This car is believed to have been in the Praia da Luz and surrounding areas in 2006 and 2007. The car was originally registered in the suspect’s name.

“On May 4, 2007, the day after Madeleine’s disappearance, the car was re-registered to someone else in Germany.” They have also released two phone numbers which have been linked to the suspect at the time of Madeleine’s disappearance.

A $36,323 reward is being offered for information that leads to the conviction of those responsible.

The UK Metropolitan police began a review of the case in 2011 — the large scale review was called Operation Grange.

As part of the investigation the detectives searched through more than 40,000 documents, and hundreds of leads believed to be connected to the three-year-old’s disappearance. 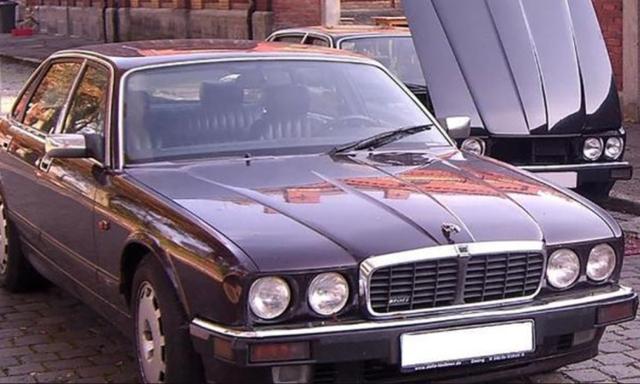 His other vehicle was believed to be a 1993 British Jaguar, model XJR 6. Picture: Metropolitan Police/AFPSource:AFP