Police have confirmed a body has been found in the search.

California police have confirmed they have found a body in Lake Piru where they were conducting a search for missing Glee star Naya Rivera.

The actress and mother, 33, vanished last week after she rented a boat with her four-year-old son and reportedly went swimming.

The Ventura County Sherrif’s Office tweeted at approximtely 3am AEST that a body had been found at Lake Piru and that the recovery is in progress.

A press conference by authorities is expected at approximately 7am AEST.

Authorities have consistently said they believed the actress drowned while swimming.

The news came 12 hours after the day’s search for Naya concluded on what was the fifth day of the search and recovery effort. 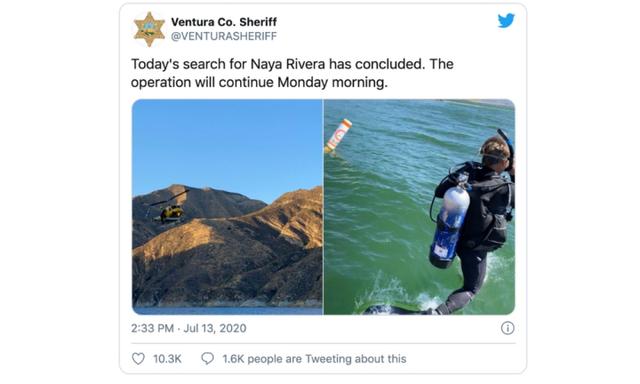 Monday’s search operation was reported to be scaled back from previous days, with only around 20 divers scouring the water and shoreline in the northern section of the lake, the LA Times reported.

On Thursday the Ventura County Sheriff’s Office stated the star was presumed dead.

Rivera rented a pontoon boat on the lake, which lies inland 100km northeast of Los Angeles, about 1pm on Wednesday with her son, Josey Hollis Dorsey.

She had planned to take her son for a swim in a designated recreation area.

Later on the same afternoon, another boater found the boy alone and asleep wearing a life jacket in the boat which was drifting at the north end of the lake where the water is about 10m deep.

After 911 was called, the boy told emergency services officers that he and his mother had been swimming in the lake and that he had got back in the boat but she hadn’t.

About 50 sheriff’s personnel, along with a helicopter, boat crews, divers, and unmanned aerial vehicles searched the lake for five hours on Wednesday evening. However, the murky water full of plants and debris hampered searchers. The search resumed on Thursday with the help of Los Angeles County Sheriff’s Department and the US Coast Guard officers.

By the afternoon of the next day the Sheriff announced there was no hope of finding Rivera alive and the rescue mission was now a recovery operation.

It’s feared Rivera may have been caught in the lake’s notoriously strong currents and become entangled in something below the surface.

At least eight people have drowned in Lake Piru over the last 25 years,

Ventura County Sheriff’s Captain Eric Buschow said Rivera had drowned in what appeared to be “a tragic accident”.

“We’re going on the belief that she did go in the water and we have not been able to locate her,” he said.

“So this may well be a case of drowning.” 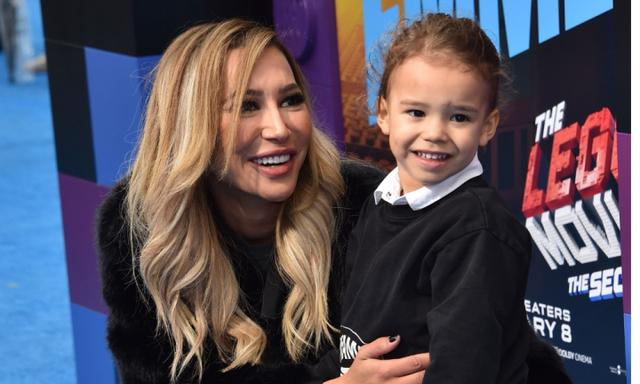 She gave birth to her son while married to actor Ryan Dorsey, before the couple divorced in 2018.

In her 2016 memoir Sorry Not Sorry, she called her son “my greatest success, and I will never do any better than him”.

As Rivera’s fellow former Glee co-stars, such as Heather Morris, prayed for her safe return this week, some cited the so-called Glee “curse” which has seen two other Glee stars die tragically.

Cory Monteith overdosed on heroin and alcohol in a hotel room in 2013 and, five years later, Mark Sailing took his own life after pleading guilty to child pornography charges.